We are an English Language ROCOR * Parish

of the Diocese of Great Britain and Western Europe

Under Metropolitan Nicholas of Eastern America and New York, who was elected to be the First Hierarch of the Church Abroad on 13th September 2022. 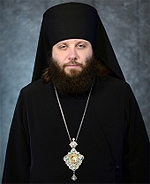 Until the election of the new First Hierarch we had been under His Eminence Metropolitan Mark, 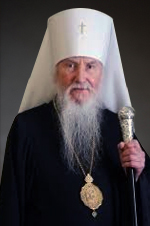 who had served as the Locum Tenens since the repose of

At its Sobor in Germany from the 9th – 14th June 2017, the Synod of Bishops appointed Bishop Irenei of Sacramento (Photo on the left) as Administrator of the Diocese of Great Britain and Ireland.

At its Sobor in London on the 20th of September 2018 the Synod of Bishops of the Russian Orthodox Church Outside of Russia appointed  Vladyka Irenei as Ruling Hierarch of our Diocese and of Western Europe and changed his title to Bishop of Richmond and Western Europe.

During the session of the 14th / 27th June 2019 in San Francisco, California which took place at the 25th anniversary of the of the glorification of St John the Wonderworker of Shanghai and San Francisco, who from 1953 to 1962 served as the Ruling Archbishop of our Diocese, our Bishop Vladika Irenei’s title was amended to Bishop of London and Western Europe.

N.B.:  You can click on any lettering that changes colour when you move your cursor over it. For more TOPICAL NEWS about us please click here. Thank you.

We are a registered Charity with the Charity Commission for Northern Ireland by the name of “The Orthodox Church of St John of Shanghai” with charity number: NIC106905